While the Notre Dame Cathedral remains closed, we recommend these seven monuments as an alternative for French teachers planning their upcoming trips to Paris.

Your students will still be able to admire the Notre Dame from the outside while also exploring a lesser known corner of Paris and its surroundings. 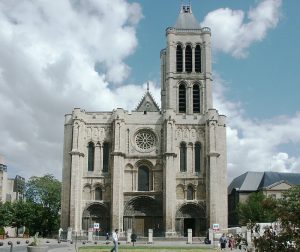 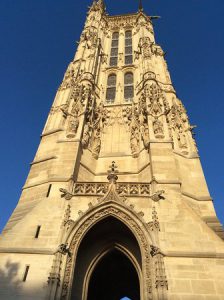 This lovely Gothic tower is all that remains from the 16th-century Church of Saint-Jacques-de-la-Boucherie, which was destroyed over 200 years ago during the French Revolution.

Located in the fourth arrondissement, the top of the tower provides some seriously underrated views of Paris, so don’t shy away from climbing those 300 steps. Visit at sunset for some incredible photos! 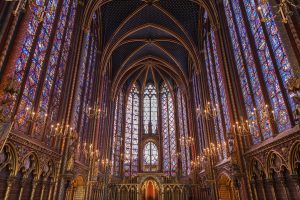 On the Île de la Cité hides the Gothic royal chapel of Sainte-Chapelle, built in the 13th century.

What greets you as you enter makes you catch your breath and that’s only before you head to the second floor where the adorned stained glass sits in dramatic contrast to the profound age of the core architecture.The Sainte-Chapelle is an example of true Gothic architecture showing the importance of religion in the lives of  the people during the time period it was built. 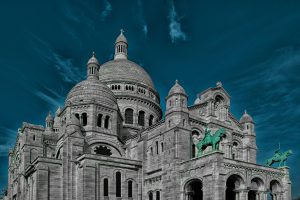 Standing high and mighty overlooking the city of Paris, the Basilica of the Sacre Coeur is truly majestic. Although not considered old by European standards it also tells a story, having been built in 1875 in the wake of the Franco Prussian War and the Paris Commune.The Sacre Coeur’s rebellious symbol is in tune with the hipster culture of the Montmartre neighborhood. Hike up the steep hill or take the metro but if you want to visit the Cathedral itself, there is no way of getting around those 300 steps! 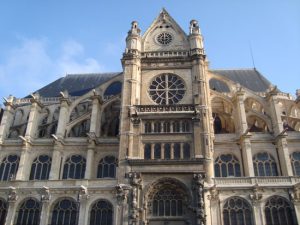 Serving its local community of Les Halles since the 16th century this parish  exemplifies inner and outer beauty – adorned with Gothic, Renaissance and Classical detail.The intimate side chapels of the church feature the artistic masterpieces of Rubens, Raymond Mason and Keith Haring’s. Another highlight is the organ, one of the largest and most impressive of France. If you visit on a Sunday afternoon, enjoy a free organ recital! 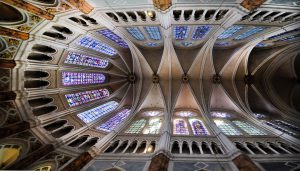 Escape the busy city streets of Paris and head 45 minutes southwest to Chartres, France. Its medieval heritage is seen in the Gothic and Romanesque style of the town’s Cathedral, built in the 12th century.Highlights include its brilliant stained-glass windows and its impressive collection of relics, one of them the Sainte Voile (Holy Veil) said to have been worn by the Virgin Mary.

Be sure to wander through the town’s medieval streets and the promenade along the Eure River. 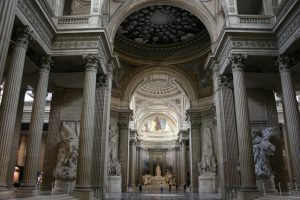 With a façade modeled after the Panthéon of Rome, the Panthéon of Paris serves a different purpose. Located near La Sorbonne in the Fifth Arrondissement, the once basilica is now a non-religious “Temple to the Nation.”The remains of some of France’s most notable figures are found in the crypt, including Pierre and Marie Curie, Voltaire, Jean-Jacques Rousseau, and Victor Hugo.

This visit is great on a hot summer day as the lower levels of the Panthéon are known for staying exceptionally cool.

Experience these sites in our Paris & Provence Cultural Tour

Experience these sites on our Paris & Provence Tour

Submit the form below to connect with a Forum Program Adviser who will create a personalized itinerary for your school trip!